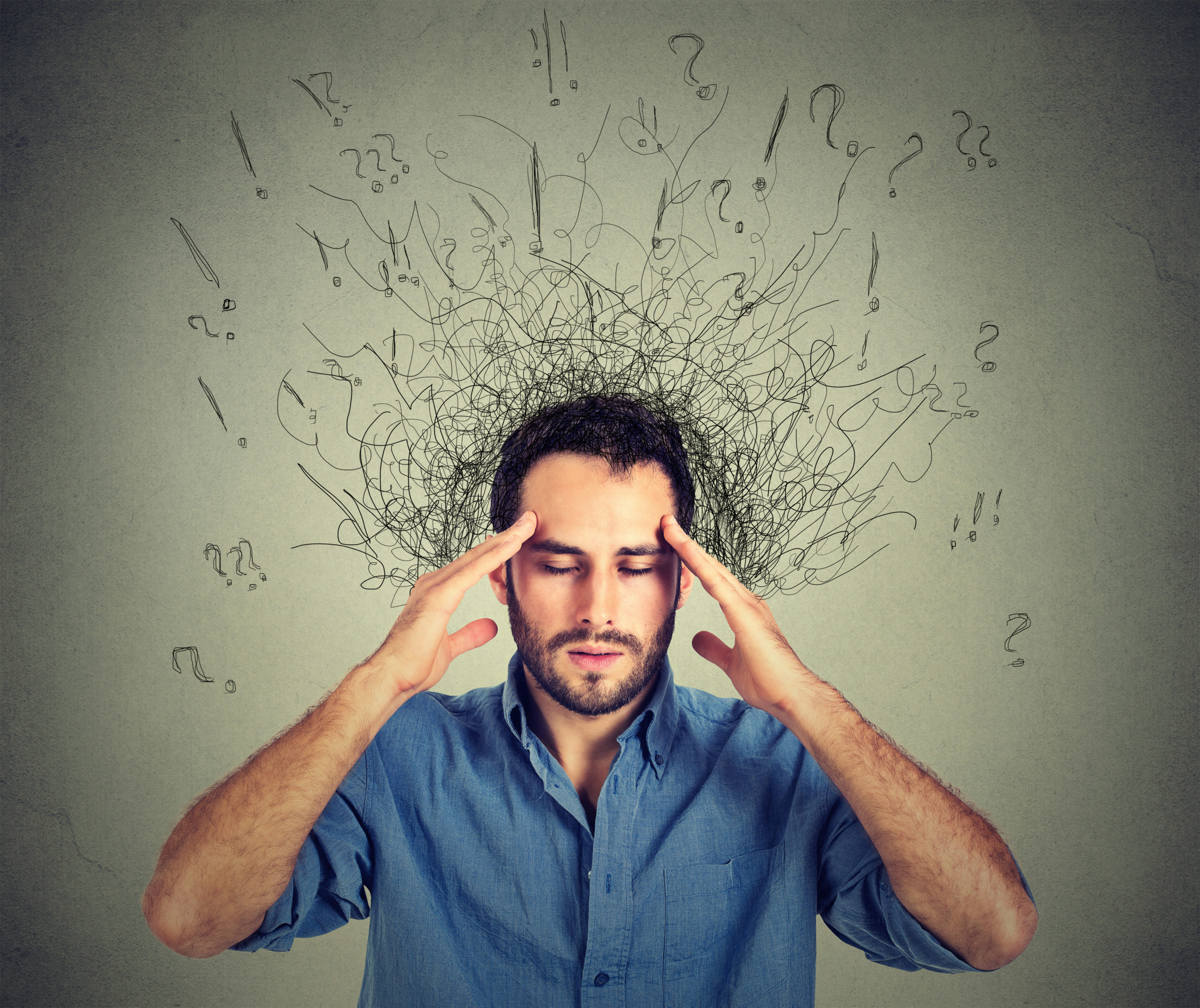 Anxiety is defined as the anticipation of a future threat. It’s a normal emotion that helps you steer clear of dangerous situations and places. Since the 20th century, anxiety has also been recognized as a disorder in the field of psychiatry. However, the line between normal, helpful anxiety and distressing anxiety that requires treatment is subjective.

What is an Anxiety Disorder?

An anxiety disorder is defined by excess worry that is debilitating. In other words, it’s the type of fear or worry that prevents you from doing things that you want to do. It differs from stress-induced, temporary anxiety because it’s persistent, out of proportion to the situation, and causes impairment in daily functioning.

One out of three people is affected by an anxiety disorder during their lifetime, making it the most common mental health condition in the world. Most anxiety disorders typically start before early adulthood, last years to decades, are more commonly diagnosed in women and are most prevalent in middle age.

The common types of anxiety disorders include specific phobias (prevalence of 10%), panic disorder (6%), social anxiety (3%), and generalized anxiety disorder (2%). The anxiety disorders typically arise from the interaction of at least two out of the following three factors: childhood adversity, stressful events, and a genetic vulnerability to anxiety.

Age of Onset for Anxiety Disorders

The best way to treat an anxiety disorder is by combining an anti-anxiety medication with psychotherapy (talk therapy). The first choice medications used in these conditions are known as selective serotonin reuptake inhibitors (SSRIs). Common SSRIs we prescribe include Prozac, Celexa, Lexapro and Zoloft. These medications have to be taken daily, are typically well-tolerated and often take several weeks to become fully effective. They do not need to be taken for a lifetime.

Another class of medicines used in the treatment of anxiety disorders is benzodiazepines. These medications can resolve all symptoms of anxiety within less than an hour. Although they sound like magic, they are not designed for daily use because patients can develop a tolerance, which means they would need increasingly higher daily doses to achieve the same effect. As a result, benzodiazepines pose risk for dependence, addiction and misuse. Because of these risks, they are labeled as controlled substances and are used only when symptoms are severe and rapid reduction of anxiety is necessary.

In severe cases, they can be helpful when prescribed alongside an SSRI, since the SSRIs can take many weeks to become fully effective. The benzodiazepine can then be tapered off once the SSRI becomes effective in controlling a patient’s anxiety.

The most effective form of psychotherapy for most anxiety disorders is cognitive behavioral therapy (CBT). With CBT, the therapist and patient work collaboratively to change patterns of thinking and behavior to reduce the patient’s level of anxiety. Other forms of therapy that are helpful include psychoeducation and supportive therapy.

Not all anxiety disorders have to be treated if symptoms are mild or have little impact on normal daily functioning. However, treatment is a good idea if the anxiety impairs daily functioning or prevents the person from doing things they want to do. Most treatment for anxiety can occur in an office or virtual visit. However, if the anxiety is causing a person to want to harm themselves or is leading to problems with alcohol or illicit drug use, then a hospital stay might be the best type of treatment.

Example of Anxiety Treatment with an SSRI

Here is an example of how treatment might look for someone with an anxiety disorder.

Mr. Q is a 21-year-old man who has been dealing with anxiety and some panic attacks for most of his life. He has never seen a psychiatrist or therapist. For the past week, he has suffered from panic attacks every night, lasting up to 90 minutes. He cannot identify a trigger for this worsening in symptoms. He went to the ER five days ago and was given Benadryl, which was not helpful. The ER doctor recommended Mr. Q see a psychiatrist.

He is now in the psychiatrist’s office for his initial appointment, stating “I can’t eat, sleep or drink. I can’t hold it together. I feel like I’m dying, ill and dehydrated.” Mr. Q says he doesn’t have thoughts about suicide or hurting himself. His family has a history of anxiety and depression. Mr. Q doesn’t have any drug or alcohol problems in his past and isn’t taking any medications.

During this initial appointment, the psychiatrist prescribes Mr. Q an SSRI called Paxil. The recommended dosage is 10mg daily. He is also prescribed a low dose of a benzodiazepine called Klonopin to help rapidly reduce his symptoms of anxiety while the Paxil takes effect. He is instructed to use the Klonopin only as needed, to start Paxil today, and follow up within one week.

Mr. Q returns for his first follow-up appointment with the psychiatrist after one week, stating his symptoms of anxiety, panic attacks and insomnia are completely resolved. He only used Klonopin three times total and has not used it in several days. No side effects with the medicine have happened. Mr. Q returns for routine quarterly follow-up appointments with the psychiatrist for years, with complete, permanent resolution of his symptoms. Mr. Q elected to continue Paxil indefinitely.

My Take on Anxiety

Anxiety disorders are the most common mental health condition in the world. They are underdiagnosed and undertreated. Very practical and effective treatments are available. The first choice medicines used to treat these disorders (the SSRIs) have been around for decades, have thousands of studies supporting their effectiveness in treating anxiety, are affordable, and are usually well-tolerated. Psychotherapy, particularly cognitive behavioral therapy, also has extensive research support on its effectiveness in treating anxiety.

If a patient chooses treatment, the cost is going to be far less than the cost of never addressing the anxiety disorder. Successfully treating an anxiety disorder can improve job performance, reduce reliance on drugs or alcohol, enhance school performance, improve social life, and enhance romantic relationships. In my practice, many patients have told me that treatment helped them get their lives back.

If you suspect you have an anxiety disorder and are in the Chicagoland area, reach out to us. I am confident we can help you. At Eappen Clinic, 99% of patients who follow my recommendations ultimately have complete resolution of their symptoms. Give us a call at 844-632-7736, or e-mail us at info@eappenclinic.com.