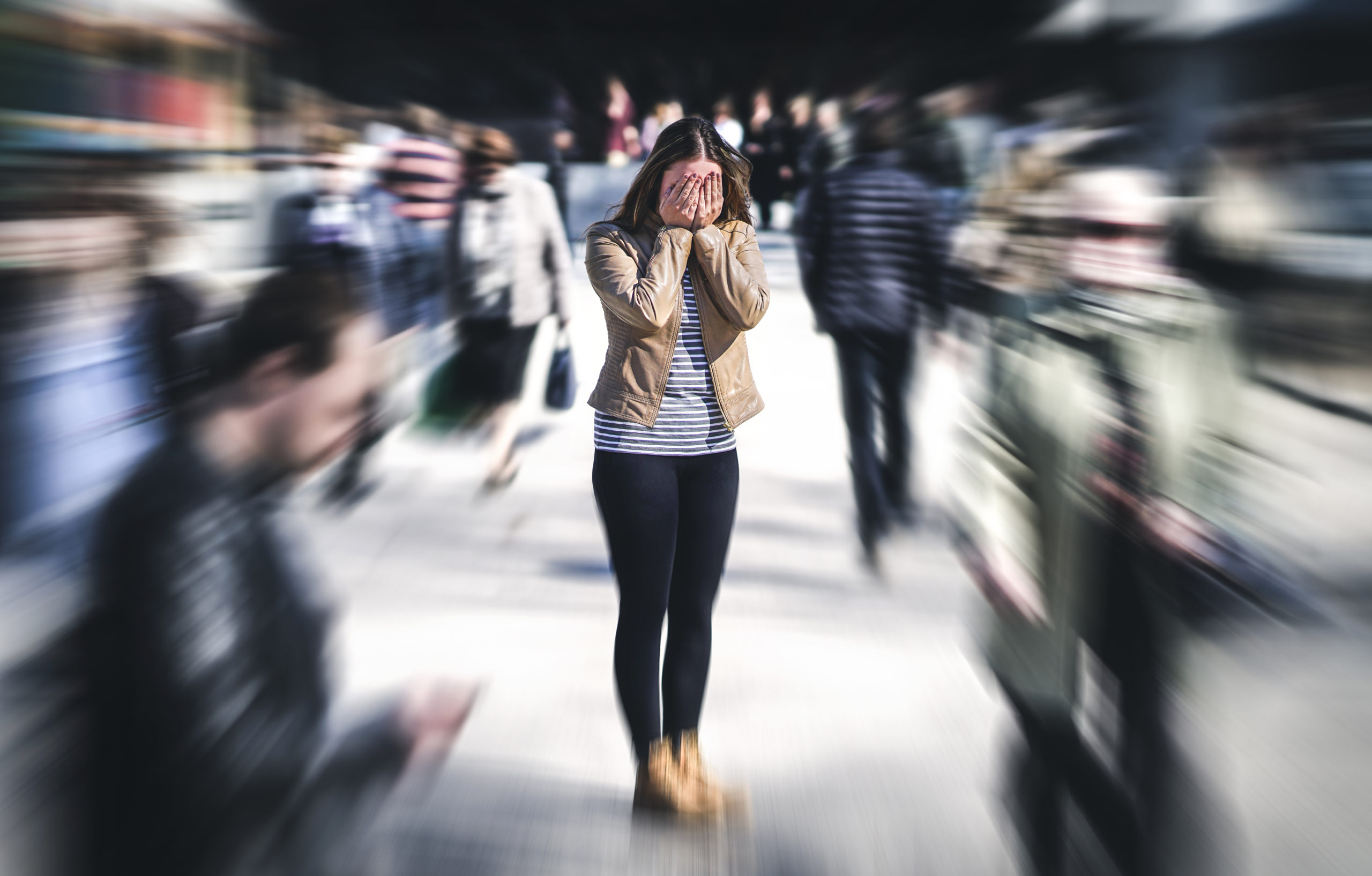 Panic attacks are sudden, intense episodes of fear that typically peak within minutes. These episodes are often accompanied by chest discomfort, breathlessness, pounding heart, sensation of choking or smothering, sweating, trembling, dizziness, and fear of going crazy, losing control or dying. Many patients who have panic attacks say they do feel like they’re dying, and it can be pretty overwhelming.

What’s The Difference Between Panic Attacks And Panic Disorder?

And there are a number of factors to consider. If panic attacks are solely caused by a secondary psychiatric, medical, or substance use problem, a health professional wouldn’t diagnose the patient with panic disorder. For example, if someone has severe social anxiety, and they only have panic attacks when speaking in public, they cannot be diagnosed with a panic disorder.

Panic disorder can be diagnosed if repeated, unexpected panic attacks are happening, followed by one month or more of persistent concern over having more attacks, along with a change in the person’s behavior to avoid situations they believe might start a panic attack. In panic disorders, the attacks are spontaneous, which means they strike at any time or place. They are not caused by a particular situation.

As a result, in an attempt to limit the attacks—or avoid embarrassment of having them in public places—a person may limit outside activities. As the outside activity is limited, the person might then experience agoraphobia.

Agoraphobia is an irrational fear of leaving home, entering open or crowded places, or of being in places where it seems hard to get out. If agoraphobia from untreated panic disorder worsens, a person can become housebound for years. Some people with agoraphobia only leave their homes if another person goes with them.

The chance of having panic disorder is higher if a person has a parent or a brother or sister with panic disorder. Certainly, growing up with anxious relatives could condition a person to develop heightened levels of fear, anxiety or panic attacks themselves.

The following life events have been associated with increased likelihood of developing panic disorder:

Additionally, those with panic disorder are unusually sensitive to perceived, threatened or actual separations.

How Do You Diagnose Panic Disorder?

Step 1: Exclude a medical condition (overactive thyroid, untreated heart or lung condition) that could be causing the panic attacks.

Step 2: Safely discontinue any medications (stimulants, such as Adderall or Ritalin) or other substances (caffeine, illicit drugs, alcohol) that could be causing panic attacks.

Step 3: Rule out and treat any other psychiatric condition that could be leading to panic attacks. If an attack only occurs when meeting new people, for example, this would not be panic disorder. Instead, the person would need to treat social anxiety to address the panic attacks. If panic attacks only occur when a parent leaves for work, then separation anxiety should be treated. If they only occur when misusing alcohol or drugs, then the substance use disorder must be treated. Panic disorder can only be diagnosed when panic attacks occur spontaneously, without stemming from other conditions.

Step 4: Determine if repeated, unexpected panic attacks are continuing to happen. Do they strike at random times and places—without a trigger? Is there continued concern of future attacks, or avoidance of situations due to fear of future attacks? If so, panic disorder is a likely diagnosis.

How Do You Treat Panic Disorder?

In panic disorder, unexpected panic attacks are the core symptom. Repeated panic attacks can cause a person to develop agoraphobia, hypochondria, alcohol/drug abuse, depression, suicidal thoughts and/or social anxiety. As a result, the treatment goal should be to completely prevent panic attacks.

If panic disorder is diagnosed by completing steps 1 through 4 in the section above, then treatment should be considered.

Cognitive behavioral therapy (CBT) is the most effective psychotherapy (talk therapy) treatment of panic disorder. This treatment is typically delivered once a week over 8-12 weeks, and involves education about the nature of fear, anxiety, and panic symptoms, as well as extensive training on meditation and relaxation.

Medications can treat panic disorder with or without CBT. Similar to other psychiatric conditions, treatment success is more likely when medication and therapy are combined. The most effective medications are selective serotonin reuptake inhibitors (SSRIs); examples include Paxil, Celexa, Prozac, Luvox, Zoloft and Lexapro.

My Take on Panic Disorder and Panic Attacks

Panic attacks are the one of the top reasons for urgent new patient evaluations in our office. Left untreated, they can create a devastating toll on a person’s life course.

Some important facts to remember are:

I’ve treated many individuals who came to Eappen Clinic because they were dependent on faster acting, addictive tranquilizers such as benzodiazepines (Xanax, Ativan, Klonopin) for their panic attacks. Many patients say these are the only medicines that work to treat their panic, but they don’t realize that the natural course of a panic attack is to peak within 10 minutes and resolve within 30 minutes, regardless of whether they take a medicine or not. Because an attack tends to resolve within 30 minutes, taking a pill can often lead patients into thinking that it was the pill—and not the natural course of the panic attack—that led to the relief of their panic.

What’s more concerning is if these medicines are taken daily or multiple times a day, you can get withdrawal symptoms between doses or if you miss a dose. It leads the person to become dependent on increasingly frequent and higher amounts of these tranquilizing medicines to get the same effect. As a result, two problems develop: 1) an addiction to the prescribed tranquilizer, and 2) anxiety and panic attacks that are far worse than prior to treatment.

I’ve achieved great success in resolving panic disorder and panic attacks in patients who follow my treatment recommendations, which include just a fraction of what is noted in this blog post. If you’ve suffered from panic attacks or panic disorder, and are located near Chicago, contact us, and let us help you bring your life back under control.