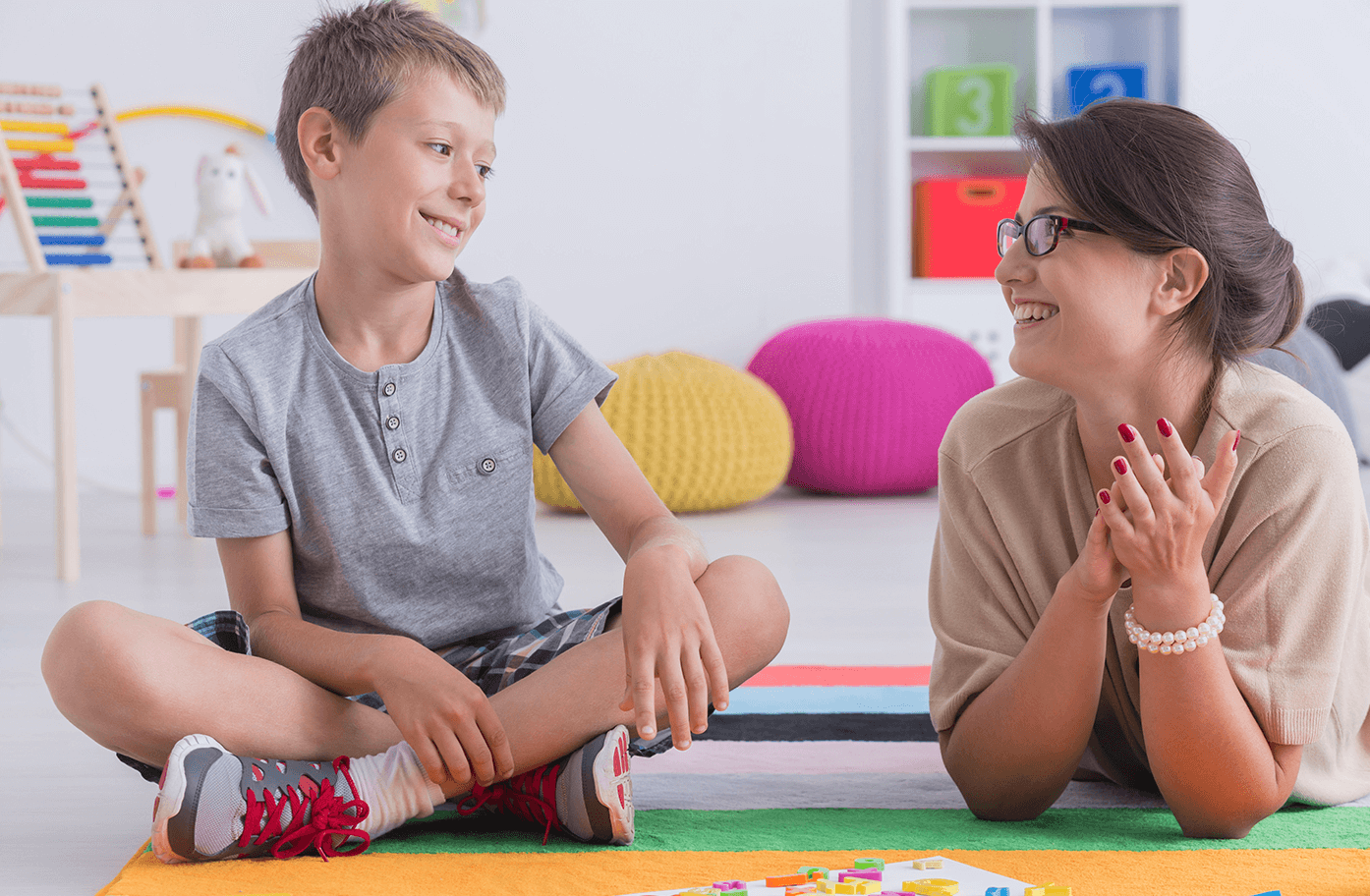 In the U.S., about 1 in 44 children have an autism spectrum disorder (ASD) — that’s according to estimates from the CDC’s Autism and Developmental Disabilities Monitoring (ADDM) Network. Often, children are diagnosed with ASD around the age of four or five, but many begin showing the signs of autism as young as two years old. Needless to say, autism treatment has become an important aspect in the lives of these children and parents.

If your child has been diagnosed with autism, you’re likely aware of their difficulties with:

However, your child may also struggle with additional symptoms like:

When such behaviors become disruptive during childhood, parents can usually put the behavior in check by picking their child up, whisking them away, and sitting with them until they calm down, for example. As children grow older and stronger, though, such behaviors may require parents to call the police or EMS. And over time, if left uncontrolled, chronic irritability and aggression can lead to a child being removed from school and their family home and placed in a residential setting. Autism interventions need to evolve as the child’s symptoms evolve through adolescence and adulthood.

Although there is no cure for ASD, there are many options for treatment.  For many, a combination of behavioral interventions and medications can yield great results. For someone with no experience in dealing with this condition, a common question may be, “what is the treatment for autism”. Let’s consider some of the available autism treatment options here. 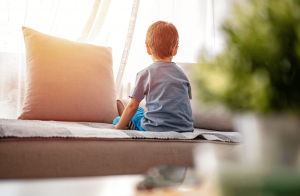 Autism is classified as a spectrum disorder, which means that it can range from mild to severe. You may have heard parents referring to their child as being “on the spectrum,” which typically describes someone who may have ASD. One of the more effective autism interventions is known as behavior modification.

At the clinic, we often work with children and adolescents with more severe forms of ASD. For any symptoms that are “behavioral” in nature, we may recommend behavior modification as an initial treatment. For example, if the core complaint raised by the family is that a child or adolescent reacts poorly (i.e., throws a temper tantrum, threatens violence or aggression) when told “no,” when given limits, or when they don’t get their way, then we start by trying to change the unwanted behavior. One common behavior modification method used here is to create a system of rewards (i.e., a point system) for positive behavior and consequences for negative behavior.

The Limits of Behavior Modification as an Autism Treatment

In many cases, behavior modification techniques can be very effective in treating any symptoms of oppositional defiant disorder (ODD), which is a separate condition commonly seen in individuals with ASD. Symptoms of ODD also commonly occur with other conditions such as ADHD (most common) and mood and anxiety disorders. Lastly, if someone has ASD, they are at an elevated risk for also having comorbid diagnoses of ADHD, ODD, a mood disorder, anxiety disorder, or all of these disorders combined.

When it comes to behavioral modification, if a patient has untreated comorbidities, behavioral interventions can be much less effective. Take, for instance, a child who demonstrates ODD symptoms and is depressed. Because of their depression, they may not find the “reward” offered to them for good behavior to be as satisfying as they would if their depression were controlled. They may also feel indifferent toward the consequences placed on them for acting poorly.

Additionally, for a child  with ODD plus untreated ADHD symptoms, the child may be aware of and want the reward offered but be unable to control their impulses to obtain that reward.  Impulsivity may cause them to behave in a way that would not be rewarded by their family. This type of comorbidity can also reduce the effectiveness of behavioral modification.

Finally, with ASD, behavioral interventions may be effective, but only up until a certain point.  Beyond that point, medications to treat specific symptoms become necessary. For example, while a system of rewards and consequences may work when a child is young, parents may find that when their child becomes a teenager, they begin to process such consequences as if they were a threat. A simple request to do their homework may end in a volatile meltdown where the child hits themselves or destroys property.

If proper attempts are made at enforcing behavior modification techniques, but the attempts are not effective, as in situations like those described in the previous section, then we will usually try to treat any untreated co-morbidities. In those with ASD, if all comorbidities are treated (i.e., if there are no signs of untreated depression, anxiety, or ADHD), and if there are problems with aggression, then we may consider adding an antipsychotic like risperidone (Risperdal) or aripiprazole (Abilify). These are the only medications approved by the U.S. Food and Drug Administration (FDA) to treat symptoms of irritability (aggression, self injury, tantrums) in young people with autistic spectrum disorder aged 5 to 16 years.

Often, treating any untreated comorbid psychiatric conditions, plus adding an antipsychotic medication on top of the behavioral interventions helps children or adolescents with ASD adjust their perception of the consequences, can reduce aggression, and can help overcome any roadblocks in implementing behavior modification. However, there are unfortunately a lot of children with ASD who are medicated without the implementation of behavior modification techniques and this is generally much less effective (or not effective at all).  In our clinic, we find the combination of behavior treatments and medication to be the most effective autism treatment.

As a parent, you should consider medication as a treatment for your child’s ASD when their symptoms are negatively affecting their ability to meaningfully participate in school, therapy, or other activities. While there is no medication to treat ASD itself, there are many that can reduce symptoms.

Things to Consider with Medication: 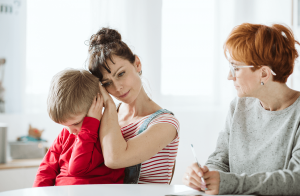 The risks that come with some medications prescribed for patients with ASD are not trivial. For instance, with antipsychotics, the metabolic side effects (e.g., BMI increase, weight gain, increased risk for diabetes and high cholesterol or triglycerides) can be substantial.

Fortunately, there are other interventions that can mitigate metabolic side effects with minimal adverse effects themselves. Metformin is just one of those medicines. In a 16-week, double-blind, placebo-controlled, randomized clinical trial, metformin significantly reduced BMI and improved overall body composition in patients with ASD taking antipsychotic medications.

If an individual with ASD has problems with irritability and aggression, and no untreated comorbid conditions (i.e., no untreated depression, anxiety, ADHD, among others), clinicians should:

If antipsychotic medication is started, and you want to minimize the adverse effects on BMI that these medicines have, then metformin is a good option. Still, I’d emphasize that “lifestyle” interventions such as adjusting the patients diet and exercise regimes can also play a role in minimizing the adverse effects of these medications. Instilling these types of good habits has the additional benefit of teaching kids the importance of physical health.

Our office is often asked, “What is the treatment for autism?”.  This  is not an easy question to answer without a comprehensive evaluation.  Whether to treat your child with medication, behavioral interventions, or a combination of both is ultimately up to you to decide, along with your child’s age appropriate input. At the Eappen Clinic, our team is here to support you in whatever choice you make. We will work with you to find the most effective autism interventions for you and your child. Contact us to discuss your situation.